Historically, much has been written suggesting larger companies, manufacturers and supermarkets, have market power. Is this still relevant today? Is the market leader more powerful than a start up? Is Coca-Cola or Red Bull the category leader? Is Woolworths or Aldi driving change in supermarkets? Or does the shopper, via customer reviews on platforms like Amazon, now control the market?

Much has already been written about ‘power’ and or ‘trust’ in manufacturer / supermarket relationships. Power, in this instance, could be defined as a person or company being able to influence another person or company. The general theme in the research is that increasing the level of ‘trust’ within the relationship benefits all parties.

“Trust results in greater openness between suppliers and retailers and thus greater knowledge and appreciation for each other’s contribution to the relationship. Consistent with this reasoning, several studies find positive associations between trust and economic performance (e.g. Geyskens, Steenkamp, and Kumar 1998; Zaheer, McEvily, and Perrone 1998) as well as between trust and distributive justice (e.g., Kumar, Scheer, and Steenkamp 1995).”

Other, such as Brady, suggest that manufacturers and supermarkets may not fully trust each other but rather have a dependence on each other.

“For supermarkets and their supplier there remains a level of dependence, even in the face of changing levels of power, due to the supermarkets’ ongoing demand for reliable and high quality suppliers.”

It could be argued that historically (1970 / 80s) major manufacturers / brands had power due to their sales / share. Research has highlighted a switch with manufacturers having less power today.

“manufacturers largely controlled the elements of the marketing mix – price, distribution, product, advertising and promotion. Today, except for a few developing countries, this scenario no longer exists”.

The increasing power of supermarkets is due mainly to 2 factors. Firstly, the increasing concentration / share of major supermarkets in developed markets. Secondly, the growing sales of PL (private label). So many in the industry would suggest that supermarkets have more power today in the manufacturer / supermarket relationship.

“Private labels have traditionally been seen as the cheap and nasty alternatives, but perceptions are changing and consumers are switching to save. There has been a huge change in attitudes in a short space of time.”

Private label vs Brand names: The switch is on.

Interestingly, general research into what power supermarkets may have over shoppers has focused on sale tactics. For example, BBC (How do supermarkets tempt you to spend more money?) lists different tactics, such as stocking impulse buys near checkouts, that can increase sales.

Industry and academic research into whether supermarkets have power over shoppers has focused more on competition and legislation. For example, Berasategi (Supermarket Power: Serving Consumers or Harming Competition, Feb 2014) noted that ‘This power transforms leading supermarkets into vertically integrated competitive bottlenecks that are able to restrict competition between brands (including their own ones) and reduce consumer welfare.’ Berasategi then proposes a new legislative framework to address his concerns.

The large number of government inquiries into the supermarket industry, in Australia and overseas, does also suggest that supermarkets may have some power over shoppers. In this instance the concern is that their market power may be limiting market forces / competition in the industry.

Has disruption changed who has power?

What got us here won’t get us there : a new model for the consumer goods industry, 2020

As noted by Clayton Christensen, in his book ‘The Innovator’s Dilemma’ (Wikipedia), incumbents with large sales often struggle to innovate. Simply put they use their resources to serve their current customers with known products / technology. This creates an opportunity for a smaller business, serving a smaller market, to grow and eventually disrupt the incumbent in the larger market. An obvious example in the supermarket aisle is Red Bull (energy drink) taking sales from Coca Cola (soft drink).

Recently the trend towards smaller brands and P/L (private label) has continued during COVID. As outlined recently by Fooddive (Big Food lost $12B in sales to small CPGs and private label in 2020, IRI says, 2021) ‘the pandemic accelerated the consumer shift toward smaller manufacturers, as big companies struggled to meet demand and shoppers tried smaller or niche brands’.

“Brands need to reflect consumers’ wants and needs, and those who don’t will be quickly dominated by those who get it right. It is no longer a case of the big eating the small, it is now a matter of the fast eating the slow.”

Staying One Step Ahead, Retail Outlook for 2019 and Beyond, IRI

Looking forward some may suggest major manufacturers / brands could increase their power in the manufacturer / supermarket relationship. This could be achieved by embracing change and offering D2C (direct to consumer) and subscription services. This would decrease their reliance on the traditional supermarket channel to sell their brands to their customers. Nespresso is an obvious example of developing a new brand to serve shoppers.

Traditionally full-service supermarkets, such as Coles and Woolworths, have been market leaders in developed markets such as Australia. Due to their sales and share it could be suggested they have market power.

However, Steenkamp and Sloot (Retail Disruptors, The spectacular rise and impact of the hard discounters, 2018) believe that hard discounters ‘have irrevocably changed the face of retail in Europe and Australia, and are making steady inroads into the US’. So many of the changes that have occurred in the supermarket industry during the last 20 years have been due to the increasing share of hard discounters, such as Aldi. These changes include improved P/L (private label) offer (increased number and quality of SKUs), focus on offering value (including increased use of EDLP) and range rationalisation.

Clayton Christensen, (‘The Innovator’s Dilemma’ Wikipedia), would explain this situation as market leaders focusing on their current customers with known products / technology. Aldi, hard discounter, and Amazon, marketplace, have a different business model to serve customers. Aldi focuses on P/L (private label) and Amazon focuses on online and using new technology to better serve their customers. Aldi and Amazon have less market share (grocery) than Coles and Woolworths in the Australian market but are now disrupting the market and influencing Coles and Woolworths business models. Both Coles and Woolworths have improved their P/L (private label) offer (number and quality of SKUs) and are now offering a better service online, e.g. 1 hour delivery times. Recently, Woolworths even launched a marketplace (Inside Retail) that is similar in concept to Amazon marketplace.

Since power focuses on the ability to influence others it is debateable that full-service supermarkets, such as Coles and Woolworths, have the power to limit competition in the supermarket industry. Interestingly it is the smaller supermarkets / new entrants, such as Aldi and Amazon, that are currently disrupting the industry.

As outlined by Jim Blasingame, in his book The Age of the Customer, customers now control the relationship with sellers and they also control the product information. This change has increased the power of shoppers. Similarly in my book, Category Management 2020 , I explain the internet has empowered modern shoppers. Historically (pre-internet), shoppers could only purchase what was physically in local stores. Today they can research, purchase and then review products from all over the world. This disruption has increased the power shoppers have over manufacturers and supermarkets.

“Digital media and the ubiquity of digital data are transforming how consumers learn about brands.”

What got us here won’t get us there : a new model for the consumer goods industry, 2020

Manufacturers and supermarkets understand that a change in the relationship dynamics has occurred. This is why many businesses now have a customer obsessed / customer or shopper centric business model. As KPMG explained:

“These customer obsessed organizations see customer experience as a source of commercial value: not just a differentiator versus competition (although it certainly is that) but a mechanism for superior profitability. The net result? Customer obsession results in a sustainable source of financial value for shareholders and owners.”

Disruption is the new normal in the supermarket industry. Disruption has changed the structure and relationship dynamics in the industry. This change has led to increasing power for shoppers and also smaller manufacturers (e.g. Red Bull) and hard discounters (e.g. Aldi) plus marketplaces (e.g. Amazon). Even during the recent disruption caused by COVID these trends continued. So now power (ability to influence) is not due to the sales or share of a business in a category or industry. Today power is about understanding shoppers demands, embracing change and developing new ways of doing business to meet the ever-changing demands of shoppers. Thus, many in the industry will say ‘innovate or die’. 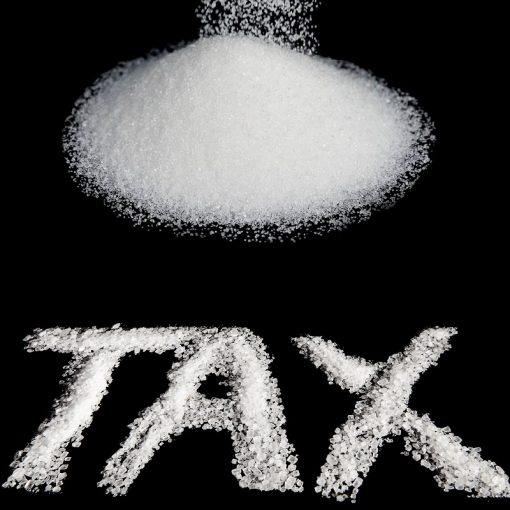 Will Australia follow the lead of over 50 countries and introduce a sugar tax?
During the recent federal election campaign both major parties suggested that a sugar tax was a maybe. Previously their position had been no. So, what has changed?

Background Amazon already has a warehouse in Melbourne (Dandenong South) and will build a second warehouse in Sydney (Moorebank). This investment in […]