Many manufacturers and supermarkets have made major investments into ‘big data’ to drive sales. For example, in April 2021 Woolworths bought a controlling stake in Quantium (from 47 to 75% shareholding) for $223M (AFR). In June 2021 Coles announced it would spend $2.5B on digital over 2 years (Inside Retail) to improve its offer. So, will big data deliver big financial results?

Before the current focus on ‘digital’ supermarkets tried to drive sales with loyalty programs. IMHO (in my humble opinion) this was a forerunner to what is now labelled ‘big data’. It was believed that loyalty cards would increase supermarkets understanding of individual shoppers. The data would allow supermarkets to better market their range to shoppers. Plus, the financial rewards for shoppers (loyalty points) would maximise shopper loyalty. So, the concept of ‘big data’ is not new. The level of sophistication has improved due to improvements in IT (hardware and software). Today there are numerous data sources such as scan, panel, loyalty cards, credit card transactions, online orders, apps and social media.

Flybuys, Coles loyalty program, started in 1994 (Wikipedia). It was originally a joint venture and Coles was a shareholder. Woolworths launched their Everyday Rewards card in 2007 (Wikipedia) and have partnered with the QANTAS frequent flyer program since 2009. In comparison Aldi does not have a loyalty card. Since entering the Australian market in 2001 Aldi has been able to grow their business to 12.4% share by 2019 (ABC). So, it is debateable whether the big data generated by loyalty cards does increase loyalty and long-term sales of supermarkets in Australia.

General research into loyalty cards offers a variety of opinions. For example, O’Brien and Jones (HBR 1995) suggest if managed properly loyalty cards could be successful. Unfortunately, “In practice, however, rewards programs are widely misunderstood and often misapplied.” Others such as Leetaru (Forbes 2019) suggest supermarket loyalty cards are fundamentally flawed. “Most importantly, at least in the retail sector like grocery stores, companies are choosing not to pay us for our data, but rather to charge us for not handing it over.”

On of the largest, blue chip, manufacturers was Coca Cola Amatil. The Australian bottler of Coca Cola had the marketing budget to invest in big data such as scan, panel data, loyalty card and other relevant data sets for their category such as weather patterns. In 2021 Coca Cola Amatil was bought out by Coca Cola European Partners (AFR).  As reported by ABC the “share price has suffered over the years as it battled the rise of small challenger brands, the anti-sugar movement and subdued sales of the core fizzy drink.”  So, whilst Coca Cola Amatil had numerous data sources, plus strong global brands like Coca Cola, they struggled to generate long term financial returns / increased share price. So, it is debateable whether big data used by larger, sophisticated, blue chip manufacturers will always maximise brand loyalty and long-term sales in Australia.

Also, the increasing sales of P/L (private label) globally would suggest that sophisticated manufacturers, with access to big data, did not always generate the best long-term financial results. Nielsen research (2018) highlighted that by 2016 P/L (private label) was 42% of supermarket sales in Spain, 41% in UK and 36% in Germany. Many of the manufacturers supplying P/L SKUs do not invest in big data to minimise their CODB (cost of doing business) to achieve competitive sell prices.

In theory, big data allows manufacturers and supermarket better understand their shoppers / consumers. This should lead to higher levels of brand loyalty and shopper satisfaction.

Independent research suggests increased amounts of big data does not always increase supermarket shopper satisfaction. For example, Aldi has won most satisfied supermarket customers 7 out of 9 years according to research undertaken by Canstar Blue . Foodland won the award the other 2 years. Also, Roy Morgan customer satisfaction research had Aldi win supermarket of the year in 2020. Foodland won the award from 2017 to 19. Aldi and Foodland have less ‘big data’ and less sophisticated loyalty programs than the 2 major supermarkets (Coles and Woolworths) but were still able to win these industry awards.

As noted by Clayton Christensen, in his book ‘The Innovator’s Dilemma’ (Wikipedia), incumbents with large sales often struggle to innovate. Simply put they use their resources, including big data, to serve their current customers with known products / technology. This creates an opportunity for a smaller business, serving a smaller market, to grow and eventually disrupt the incumbent in the larger market. An obvious example in the supermarket aisle is Red Bull (energy drink) taking sales from Coca Cola (soft drink).

“Brands need to reflect consumers’ wants and needs, and those who don’t will be quickly dominated by those who get it right. It is no longer a case of the big eating the small, it is now a matter of the fast eating the slow.”

Staying One Step Ahead, Retail Outlook for 2019 and Beyond, IRI

There is no denying that historically big data did not always drive sales / brand loyalty to manufacturer brands and supermarkets. IMHO this was due to practitioners having a trading mindset. The data was used to drive short-term sales, normally via discounts, rather than build a long-term personalised relationship with shoppers. As research by Accenture (2019) highlighted shoppers now expect an enjoyable overall experience:

“Nearly half (47%) of frustrated respondents said they would avoid doing business with the retailer or consumer goods brand, showing that a frustrating experience can significantly damage brand loyalty. At the same time, however, the same number (47%) of all consumers said they would be willing to pay more for an experience that exceeds their expectations every time, with frustrated customers almost twice as likely as satisfied consumers to say they’d be willing to pay more for such an experience.”

Retailers that adopted a category management mindset, e.g. Amazon, have used big data to better serve shoppers i.e. deliver an enjoyable overall experience. This has helped drive their sales. Arora describes this thinking as “Get the data right and you can shape the overall customer experience by applying data science and machine learning.”  Using Amazon as an example, a customer centric culture is obviously more important than the amount or level of sophistication of data sets.

Similarly, manufacturers that understand shopper demands can create an enjoyable overall experience for shoppers. For example, Nestle realised shoppers wanted to a ‘barista style’ coffee experience at home. So, they developed their Nespresso D2C (direct to consumer) business (over many years). In the latest annual report (Nestle 2020) Nestle noted that shoppers “expect our brands to offer or recommend ‘fit for me’ solutions that can be accessed on demand and seamlessly integrated into their lives.” To meet this demand Nestle offers numerous D2C platforms including Nespresso, Persona, Tails.com to “delight consumers with the best shopping experience however, wherever and whenever they decide to shop”. Please note the emphasis of putting the shopper first in the decision making process (category management mindset). Digital sales now account for 12.8% of total sales and grew 48.4% in the last year (Nestle 2020).

Big data will not always generate big results in the supermarket industry. Having more data, ‘better’ IT (hardware, software), bigger programs (e.g. loyalty programs) and obviously a bigger spend to fund these activities will not guarantee bigger financial results. Results are driven by having a category management mindset and putting the shopper first in the decision-making process. Big data needs to be utilised to create an enjoyable overall experience for shoppers to generate big results. 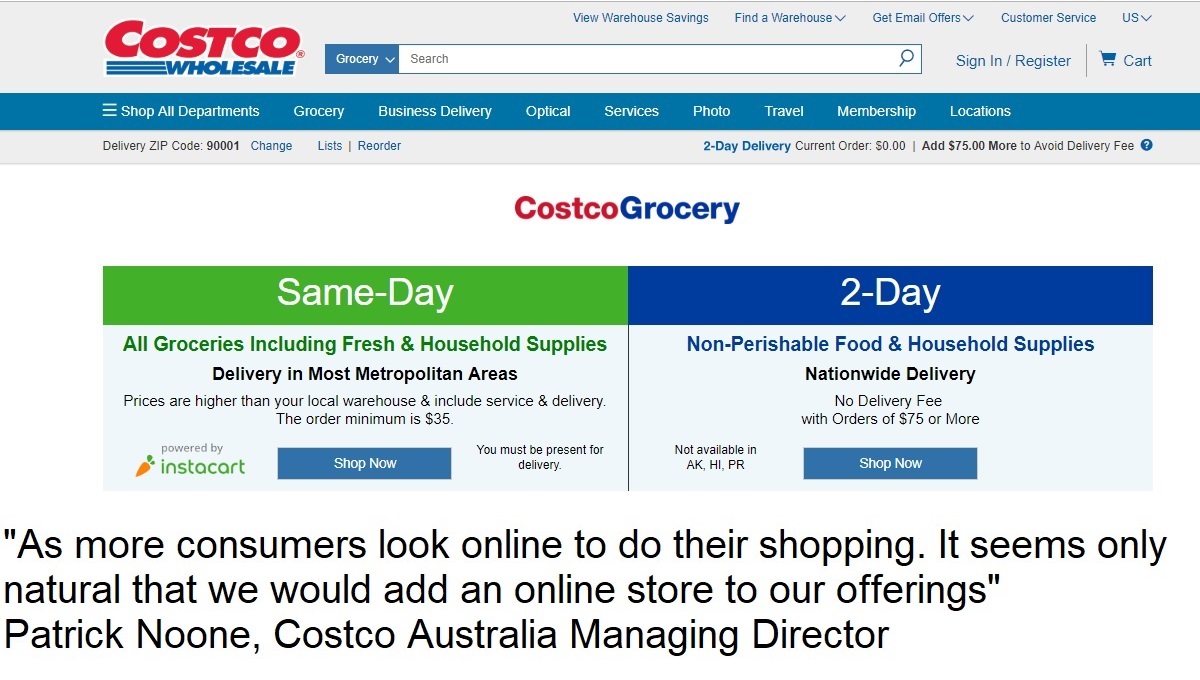 This brief blog explains the major differences in thinking of trading vs category management in the supermarket industry. For ease of use, Coles decision to sell 2 litres of P/L (private label) milk for $2, in 2011, will be used as an example. The same results are analysed with a different view to highlight the difference between a trading and category management mindset. 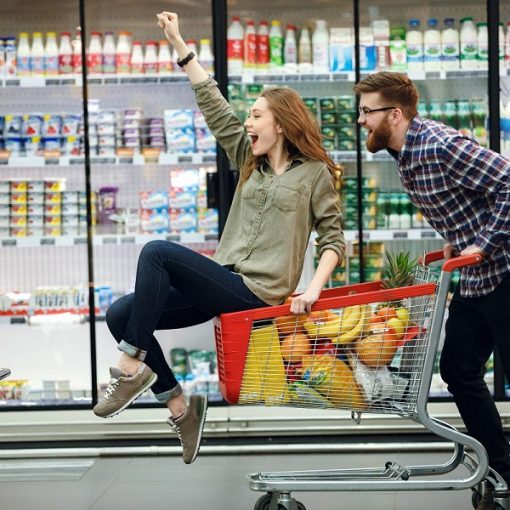 Shoppers have increasing power today. Logically then category metrics should focus on measuring shopper satisfaction. Unfortunately, many current metrics focus on the objectives of manufacturers and supermarkets i.e. maximise turnover, volume and profit. I suggest the industry will focus more on shopper loyalty as a key category metric. This will require a change in emphasis for the industry. The emphasis will be on what products and services drive shopper loyalty, not sales volume. 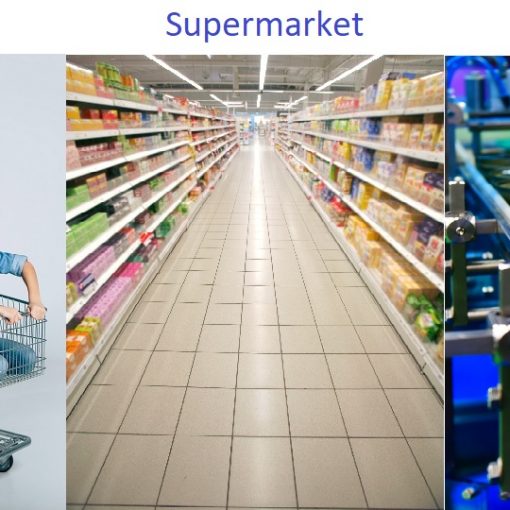 Background FMCG consultants demystify the FMCG / supermarket industry for both suppliers and supermarkets. They utilise a broad skills base to clearly [...]