Recently, many have suggested e-commerce / online sales have dramatically impacted the supermarket industry (retailers and manufacturers). This blog suggests the GFC was a catalyst that changed shopper behaviour / attitudes. Post GFC many retailers and brands have then struggled to adapt to the new shopper demands.  So, the GFC and subsequent change in shopper demands has created long-term change to the supermarket industry.

This blog focuses on long term changes to the supermarket industry post GFC.

The GFC (Global Financial Crisis) in 2007 / 08 did have a major impact on economies. Firstly, the financial industry was affected. Due initially to issues in the subprime mortgage market in the US, major banks such as Lehman Brothers collapsed and other financial institutions had to be bailed out by governments all over the world. Other flow on effects to the global economy included the European debt crisis, stock markets collapsing, housing markets dropping and increased unemployment. (Wikipedia).

As highlighted by the following chart shopper spending, during the GFC, decreased in major markets, such as the USA.

“Consumer confidence plummeted along with consumption. Throughout the month of September and into October, the financial crisis spread from the US to Europe, and all around the world economies began to contract.”

As outlined by Biao, Feng and Jiafeng (The Impact of the Financial Crisis on Consumer Behaviour and the Implications of Retail Revolution) the GFC led to:

“The shockwave of global financial crisis tore through UK town centres and high streets in 2008 with dramatic effect. Consumer confidence collapsed and remained stubbornly negative for the next five years”

Wrigley and Lambiri, University of Southampton

Wrigley and Lambiri noted that in the short term the GFC included “decreasing consumer confidence and disposable income”. The long-term trend was “Rise of convenience culture. Convenience expressed and sought in ‘choice edited’ offer as much as proximity”.

This research highlights that the GFC did change shopper spending and behaviours. Shopper spending initially decreased and generally has been flat / low growth since. Importantly shopper behaviours also changed. Generally speaking, shoppers now demand value / competitive pricing for products. This has led to shoppers increasingly buying private label goods or branded goods on price promotions plus shopping at stores that are perceived to be cheaper.

Canstar Blue research in Australia (Private labels vs Brand names: The switch is on, 2016) describe the change in shopper attitudes as:

“Private labels have traditionally been seen as the cheap and nasty alternatives, but perceptions are changing and consumers are switching to save. There has been a huge change in attitudes in a short space of time.”

“have irrevocably changed the face of retail in Europe and Australia, and are making steady inroads into the US”

Source: Retail Disruptors, The spectacular rise and impact of the hard discounters

The continued share growth of hard discounters, post GFC, highlights that shopper behaviour has experienced a long-term change. Shoppers demand for value / competitive pricing has increased in importance, so shoppers have switched to store formats perceived as cheaper, such as hard discounters.

As explained by Xan Rice, The Guardian, (The Aldi Effect: how one discount supermarket transformed the way Britain shops, 2019) Aldi has developed their 1990’s offer from 600 basic items to nearly 2,000 today. Also, Aldi has improved the quality of the range and even range “36-day aged Scottish Aberdeen Angus sirloin steak”. Rice explains a key reason for the success of Aldi in the UK is:

“Aldi’s victory was to show there was no shame – and in fact there was satisfaction – in shopping at a discount supermarket.”

Aldi has used a similar business model in other markets, such as Australia.

So, whilst the GFC may have been a catalyst to get people into hard discounters stores, the improved offer (number of SKUs, quality) has been a major reason that shoppers stayed loyal to hard discounters, post GFC. Independent research highlights that hard discounters have satisfied shoppers. For example, in Australia, Aldi has won the Canstar Blue award for “most satisfied customers” 7 out of 9 years to 2019.

In The Guardian article, (The Aldi Effect: how one discount supermarket transformed the way Britain shops, 2019) former Aldi UK CEO Paul Foley, reportedly said that Aldi will operate on profit margins of 2-3% and they were “sucking the profitability out of the industry”. Previously UK full-service supermarkets, such as Tesco, enjoyed “7% profit margins were the world’s highest”.

“In the United States and Western Europe, many traditional grocery retailers are seeing their sales and margin fall – and things could get even worse.”

The following chart clearly demonstrates the impact the change in shoppers’ demands have had on full-service supermarkets. McKinsey explains the decline due to:

“For grocers in developed markets, both growth and profitability have been on a downward trajectory due to higher costs, falling productivity, and race-to-the-bottom pricing. One result: a massive decline in publicly listed grocers’ economic value.”

Many hard discounters, such as Aldi and Lidl, are privately owned.

Interestingly this research highlights the decline in publicly traded grocers profitability occurred years after the GFC had finished. The chart highlights the long-term change to the supermarket industry post GFC.

This time frame for change (5 – 10 years) is normal in the supermarket industry. It can take many years to build new stores / DCs to meet an increase in shopper demand.

“Private label will continue to grow in developed markets as consumers are not reverting to previous shopping behaviour.”

Source: The Rise and Rise Again of Private Label, 2018

The other major reason is that shoppers’ demands have changed. Shoppers are actively looking for ‘value’ and are prepared to trial new products / innovations. In Nielsen’s Global Consumer Loyalty survey (2019) they estimate only 8% of people of shoppers are brand loyal.

“Globally, 39% of consumers single out value for money as the key factor influencing their choice of brand, followed by enhanced or superior quality (34%), price (32%) and convenience (31%). Meanwhile, only 28% of consumers are influenced by the fact that a brand is well known and trusted”

Research into the Australian market highlights this trend. Nielsen (The Itch to Switch drives brand disloyalty in Australia , 2019) research highlights that 87% of Australian shoppers are prepared to switch brands. Categories with major price promotions (e.g. half price) have high level of shoppers prepared to switch. The top 3 categories for brand switchers were chocolates and biscuits (48%), diary products (45%) and shampoo and hair conditioner (44%).  So shoppers choices are being driven by price promotions rather than brand loyalty.

Many suggest that the current challenge facing retailers and brands is due to shoppers purchasing more online (digital sales). The following statistics highlight that online grocery sales, whilst growing significantly, are still are a small percentage of total grocery sales.

US – 2.8% of food and grocery sales online – Winsight Grocery Business (Grocery E-Commerce: Time for some caution? 2019) Private label had a 17.7% share of grocery sales in NA (North America) – Nielsen (The Rise and Rise Again of Private Label, 2018)

Technology / the internet has had an impact on the grocery industry by empowering shoppers. As outlined by Jim Blasingame, in his book The Age of the Customer, customers now control the relationship with sellers and they also control the product information. This increase in shopper power means retailers and brands have to adopt a customer centric / obsessed culture to ensure they meet shopper demands.

The supermarket industry has experienced structural change after the GFC. This blog has highlighted that the GFC was a catalyst for a long-term change in shopper demands. Shoppers increased demand for ‘value’ has led to increasing sales for retailers perceived to be cheaper, e.g. hard discounters, and brands offering value, e.g. private label. The challenge for full service supermarkets and premium brands is how to evolve their offer to meet the change in shopper demands.

March 2018 the Wesfarmers board announced the plan to demerge the Coles supermarket business. What factor/s have decreased Coles recent profit / ROI? 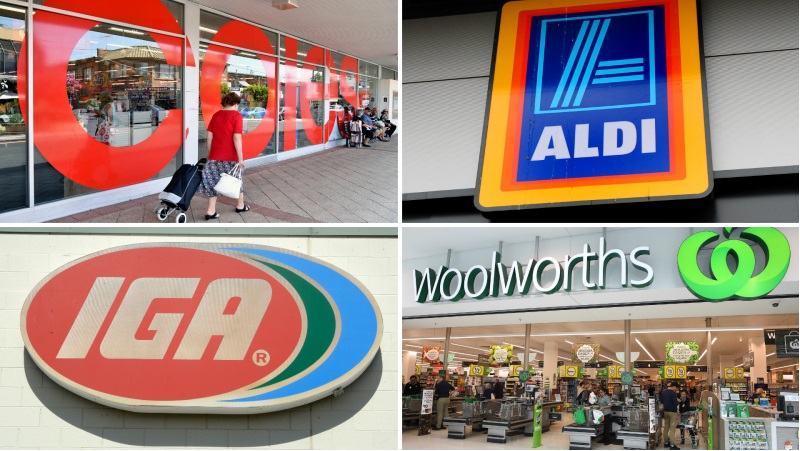 This blog provides a quick overview of Kaufland Australia for potential suppliers. An introduction to Kaufland stores, ranging, pricing and buying process.