Plant-based meat alternatives is an exciting category at the moment. Consumers are moving towards a flexitarian diet (consuming less meat). In addition to health benefits, consumers are changing their diets for products that are ‘good for the planet’. Major retailers and QSR (Quick Serve Restaurants) are responding by ranging more plant-based meat alternatives to meet this demand. For example, Coles ranging Sunfed “Chicken Free Chicken”, made from yellow peas (news.com.au), to Hungry Jacks trialling “Kinda Meat Burger” in ACT and Goulburn (Facebook). Forbes even predicts that “embrace a plant-based lifestyle” will go mainstream in 2019.

This blog provides an introduction to the plant-based meat alternatives category. The blog focuses on why manufacturers and retailers are investing in this category and consumer insights.

As reported by Forbes, Euromonitor research highlights that U.S. meat substitute sales, in the packaged food industry, have risen an average of 15.4% between 2013 and 2018. This sales growth suggests consumers like the new product ranges being offered. The category is growing from a small base and still accounts for less than 5% of processed meat sales.

There are a lot of predictions of major growth for the category. For example, CNBC reported that Barclays predicts the alternative meat could reach $140B in the next 10 years. This would equate to 10% share of the current $1.4T global meat industry.

These statistics highlight the sales growth (from a small base) being achieved in the plant-based meat alternative category. Many are predicting long term strong sales growth from this category.

“Plant-based meat alternatives could achieve a 15% share of both of these markets. That means the opportunity here could be in the range of $30 billion just in the US”.

WHO (World Health Organisation) research has highlighted “an escalating global epidemic of overweight and obesity – ‘globesity’ – is taking over many parts of the world.” WHO estimates the number of obese adults worldwide increased from 200 million in 1995 to over 300 million in 2000. In response the Australian Federal Government added obesity to its list of national health priorities in April 2008. As reported by The ABC (2014) Australias’ obesity rate is “climbing faster than anywhere else in the world”. The recent, 2017/18, ABS National Health Survey estimates that 67.0% of Australian adults are overweight or obese. The Australian Federal Government has launched initiatives, such as the Health Star Rating for packaged food in 2014, to try to decrease the number of overweight / obese people in Australia. These statistics highlight the size of the health problem in Australia.

“Australians have a simple approach to health with most aiming to eat more natural foods, fresh and unprocessed foods”

“Australians have also become more health-conscious with the food they eat and many have been eating more healthy food over the past decade.”

85.7% respondents agree or strongly agree to: “I try to make health conscious decisions regarding the foods I eat.”

Eating a vegetarian diet is not a new concept. Historians suggests religions such as Jain and Buddhist have supported the principle of nonviolence towards animals since 6th century BC (Wikipedia).

One of the healthy changes Australian consumers have made to their diets recently, has been to decrease the amount of meat eaten. They are more likely to follow a flexitarian or vegetarian diet. As highlighted by Roy Morgan research (The slow but steady rise of vegetarianism in Australia 2016):

“between 2012 and 2016, the number of Australian adults whose diet is all or almost all vegetarian has risen from 1.7 million to almost 2.1 million.”

Today many consumers are choosing to eat less meat (flexitarian diet) or adopt a vegetarian diet. As outlined by Vegetarian Times a vegetarian diet can have numerous health benefits, is ethical (not killing animals) and minimises the impact on the environment. Nielsen (US) research has highlighted

A major reason why manufacturers and retailers are investing in plant-based meat alternatives is due to consumers changing diets. This change in diets is creating strong sales growth (off a small base) for the category.

Consumer demands are changing to prefer products that are ‘good for the planet’. Some of the research highlighting this change in consumer demand includes:

“In fact, a whopping 81% of global respondents feel strongly that companies should help improve the environment. This passion for corporate social responsibility is shared across gender lines and generations. Millennials, Gen Z and Gen X are the most supportive, but their older counterparts aren’t far behind.”

“In 2019, support of and demand for more corporate sustainability programmes is likely to grow as consumers come to understand the various roles required to get closer to achieving a truly circular food and drink economy. These sustainability efforts will include not only improving access to recycling, but incentivising consumers to recycle packaging and offering upcycled goods.”

“ Based on a comparative assessment of the current Beyond Burger production system with the 2017 beef LCA by Thoma et al, the Beyond Burger generates 90% less greenhouse gas emissions, requires 46% less energy, has >99% less impact on water scarcity and 93% less impact on land use than a ¼ pound of U.S. beef. “

“While the pollution generated to produce a typical 8-ounce steak is equivalent to driving a small car for about 29 miles, replacing that steak with the same weight of a vegetarian meat substitute is like driving the same car just three miles.”

The second reason why manufacturers and retailers are investing in plant-based meat alternatives is due to consumers preference for products that are ‘good for the planet’.

“In countries like the US or UK, a plant-based burger will do,” says Yuki Hanyu, CEO of ShojinMeat in Japan. “But in countries like France, Japan and China, it can’t really stimulate meat dishes like Peking duck or yakitori.”

Another issue with plant-based meat alternatives is that some ingredients are not healthy. For example, research by Berkeley Wellness, suggests that some servings have “more than 400 milligrams of sodium”. Similarly, Action on Salt, found that “28% of products surveyed are higher in salt than their MAXIMUM salt targets”. Some other issues raised by Berkeley Wellness include:

Use of GMO (genetically modified) soybeans

The plant-based meat alternatives category is achieving high growth rates, off a small base. This growth is due to the new range of products meeting consumers demand for products that are ‘good for you’ and ‘good for the planet’. Over time the range will probably be furthered developed to meet current concerns, such as high salt content. Many suggest that this category should enjoy long term sales growth. 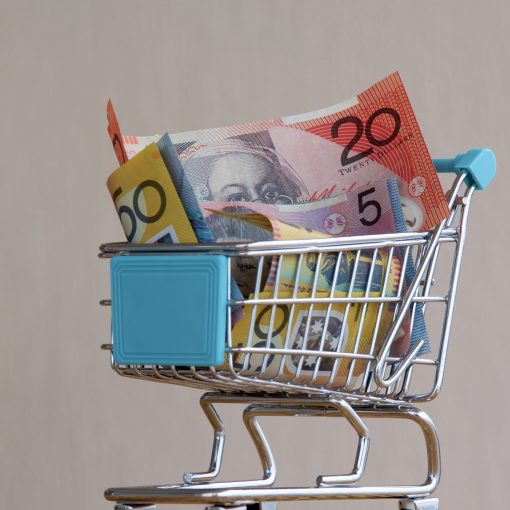 Background Many manufacturers and supermarkets have made major investments into ‘big data’ to drive sales. For example, in April 2021 Woolworths […]

This blog explains the GFC was a catalyst that created a long-term change in shopper behaviour. ‘Value’ is now more important for the supermarket industry.